Sugarcane farming in Brazil has undergone a revolution, with mechanization helping to catapult it into the 21st​ century, boost the rural economy and meet growing demand​

Brazil has been the poster child of rapid economic growth over the past couple of decades. Until recently, agriculture had been left behind the burgeoning sectors of construction and industry. This contributed to an unsustainable rise in rural to urban migration but today that is changing. Innovation and technology have prompted huge shifts in the rural economy, with sugarcane seeing some of the biggest and most important changes.

The bitter truth about the sugar industry is that it damaged the environment and harmed those working within it for centuries. Traditionally labor intensive, with workers hand-cutting the stalks at a rate of up to 500kg an hour, it has also been a grueling and at times dangerous job that contributes to pollution and soil erosion, kills animals and devastates their habitats. 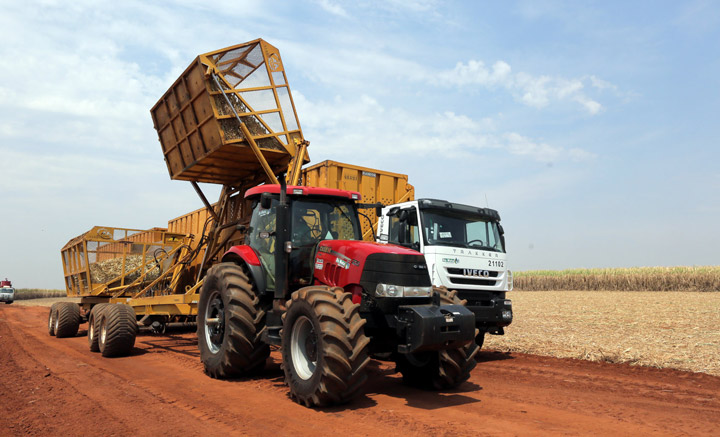 Across the world, farmers have set fire to their sugarcane fields ahead of harvest to burn away the razor-sharp leaves and drive off dangerous pests. Once the fires have eaten the leaves and driven out the animals, the laborers cut and load the cane onto transporters to be carried to the sugar mills.

But in Brazil, thanks to mechanization, some 95% of the country’s cane production is now harvested by machine, helping to attract new workers to rural areas, cut pollution, increase productivity as well as protect biodiversity.

But that’s not all. Mechanical harvesting also allows the leaves that previously went up in smoke to be used to generate energy, with some predicting this source could meet up to 20% of Brazil’s needs by 2020.

Mechanization has been driven by government policy with an eye on promoting sustainability: legislation requires it where feasible this year. In the country’s top producing region, Sao Paulo, some 95% of sugarcane is now harvested this way and by this year’s deadline 100% of the harvest from land with a gradient of 12 degrees or less will be too.

Image: Iveco truck being loaded with sugar​cane ready to be sent to Usina da Mata for processing

​​The Usina da Mata facility reached 100% mechanization in 2014. Delivering some 2.5m tons of sugarcane annually, it uses harvesters, tractors, graders, loaders, excavators and trucks – all supplied by CNH Industrial brands. The relationship began in 2008 when the farm bought Case IH tractors and harvesters. It then introduced CASE construction equipment for road and terrace maintenance, earthworks, loaders and ultimately took on Iveco off-road trucks. Newton Antonio Chucri, manager of the farm, says dealing with one supplier simplifies the business and delivers important synergies. "We get fast response times," he says, which is crucial because time is money: sugar content starts to deteriorate as soon as the cane is cut.​ 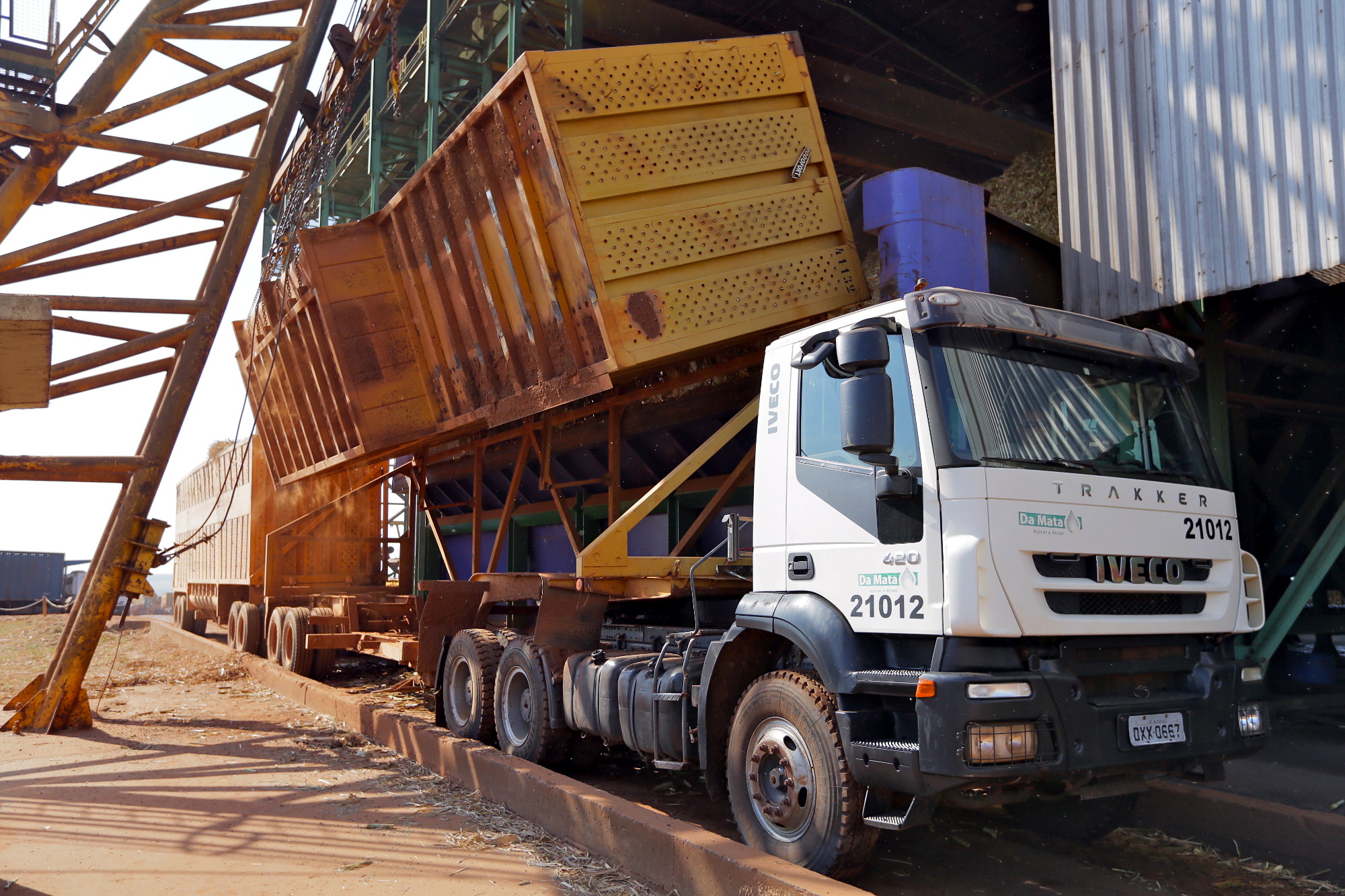 ​​​Top quality maintenance is critical as these machines are put through a formidable season, averaging 3,500 hours a year many times that of traditional machinery on a European or US farm. Equally important is the fuel efficiency, and Iveco, a brand of CNH Industrial, has developed a new 360-horsepower truck with the help of the sugarcane industry that runs on 60% diesel and up to 40% ethanol. Not only can the ethanol be sourced from the farm, but tests have indicated an improved engine fuel efficiency of 6%. ​ 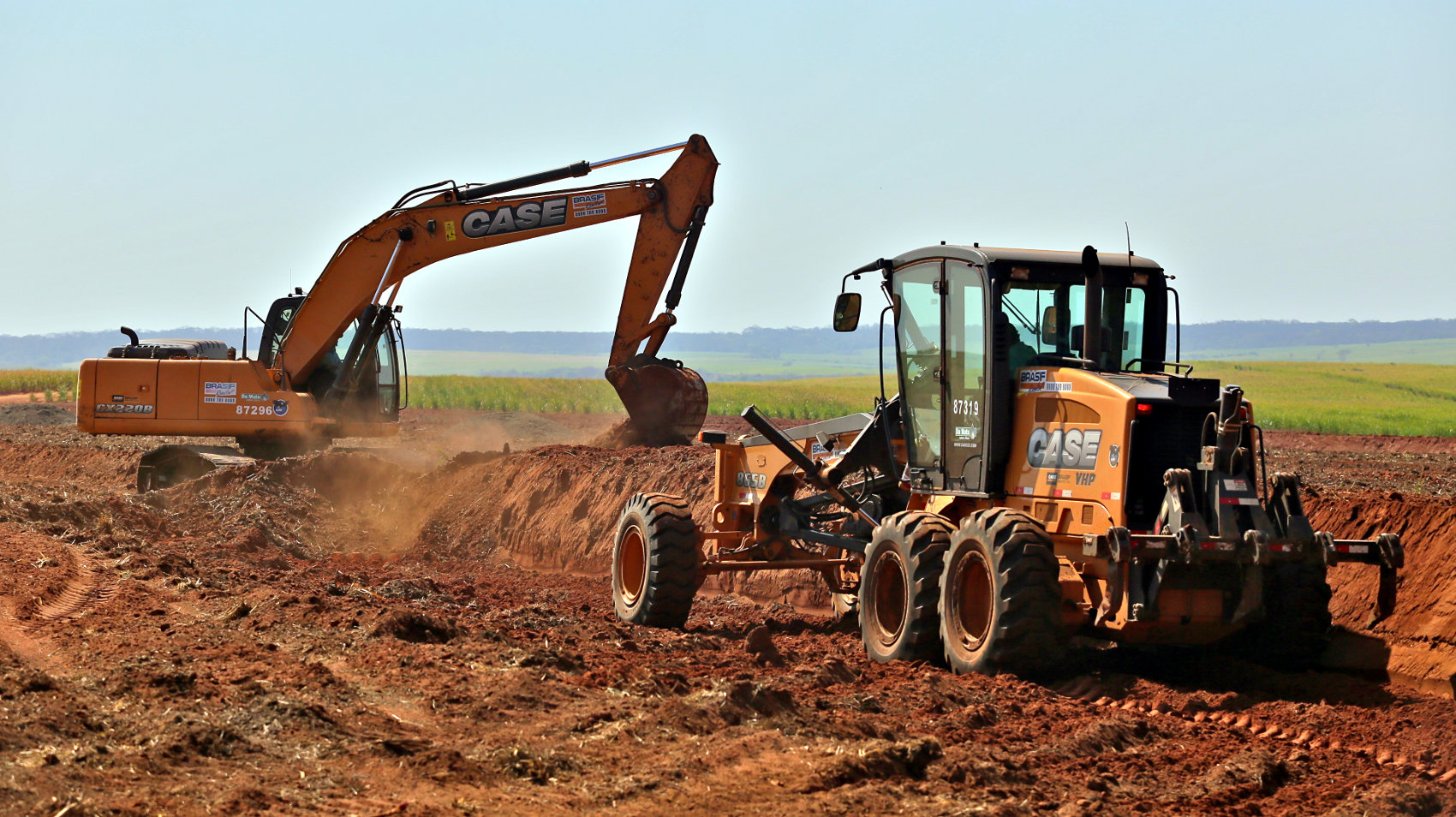 ​CNH Industrial, through its Case IH, CASE and New Holland brands, is the number one supplier of sugarcane harvesters in Brazil, the second largest supplier of agricultural construction equipment and third when it comes to tractors.​

​These days, Case IH, a brand of CNH Industrial, is the country’s number one supplier of sugarcane harvesters. They methodically mow along the lines of plants, strip and separate the leaves at a rate of 100 tons (100,000 kg) an hour - a thousand times faster than manual harvesting - chop the cane into regular lengths, spew the unwanted leaves back on to the ground and deposit the cane onto wagons running alongside. These loads are later transferred to trucks which take the cane to the mills for processing while balers collect the leaves, which are used to produce energy.​​​​

​​​​After just a few years in practice, the effects of mechanization are clear – it is helping to make sugarcane farming more profitable and sustainable. There is less pollution as harmful gases including carbon monoxide, nitrogen dioxide, sulphur oxides and methane as well as high levels of particulates are no longer released into the air. ​ 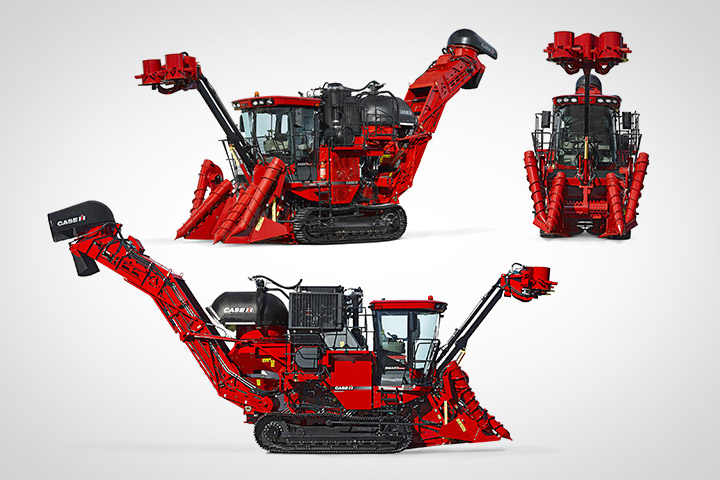 Farms such as Usina da Mata in the Sao Paolo region use less water and are witness to improved biodiversity and soil composition. Productivity has also improved and processing the leaves for energy has delivered a valuable new revenue stream as the farm is self-sufficient and can sell on excess power.

The benefits to the soil are hugely important. The high temperatures reached when cane is burnt damage the soil, increasing the risk of erosion as well as affecting water supplies. Burning also means the cane has to be washed of soot, a slow and resource intense procedure that is now unnecessary across much of Brazil.

Newton Antonio Chucri, manager of the farm, says: “The new methods are directly linked to maintaining the climate and the environment. We use less water and we are helping to reforest degraded areas and preserve the flora and fauna.”

It also means that to meet the ever-growing demand for sugarcane, he is able to expand production from the current 2.5m tons to 4m tons per season using less additional land than traditional methods would have demanded.

Mr. Chucri says it’s a win-win situation: “cutting by hand was not a job for humans. We used to have to do it, but now we don’t”.

Harvest has always been a grueling marathon, running for eight months a year, seven days a week, 24 hours a day making it an unpopular career choice. But mechanization has helped to make the work more attractive.

“Lots of jobs have been created in construction and industry in Brazil in the past 10 years as the economy has grown. People left agriculture for the cities. Even though you could earn well in the fields, people didn’t want the work. Mechanization is changing that, improving working conditions on the farms and bringing training and education. It’s all making it better,” Mr. Chucri explains.

​Brazilian sugarcane farms are vast plantations, often in remote rural locations across the country. Providing training and education for their workers is not always easy under such circumstances. But a government-backed scheme, in partnership with Case IH, is making a difference using an innovative mobile education unit.​ 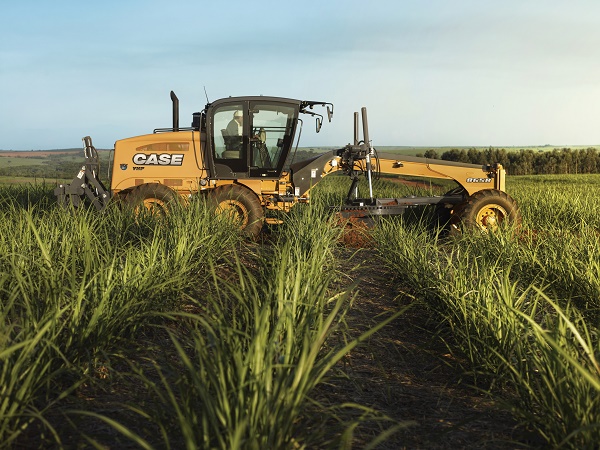 ​With classrooms and three harvest simulators, similar to flight simulators used to train pilots, the R$1.8m project goes out to the farms to teach workers how to operate and maintain the machinery, about health and safety, hygiene and sustainable farming techniques. ​ 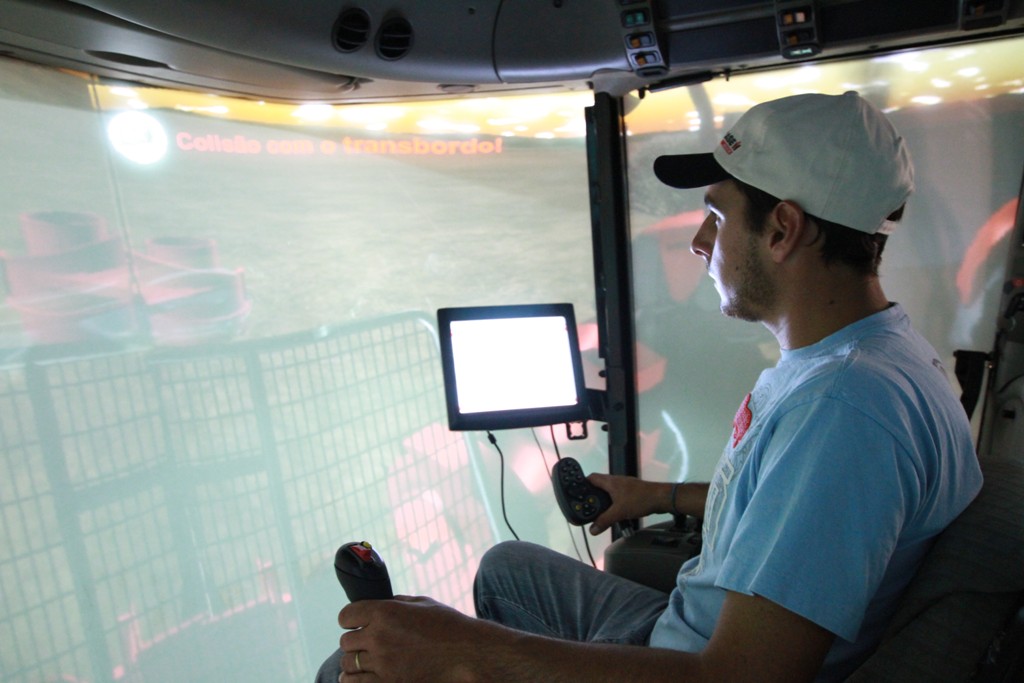 In a mock up of a Case IH A8800 harvester, workers can practice driving the machinery, helping to cut down on accidents, reduce crop damage and minimize breakdowns.​ In 2014, its first year, the project helped 52 workers in Macatuba and Aracatuba and is part of a concerted effort to increase the sector’s global competitiveness. ​

A harvest simulator, similar to a flight simulator used to train pilots, helps operators develop the required skills and improve productivity. The number of accidents and breakdowns are reduced while the quality of the crop is improved by reducing damage to the plant. So successful are the simulators that in 2014, they were included in a government-backed, industry-sponsored mobile education project designed to help the sector to compete against foreign producers.

Brazil is leading the way in terms of industry mechanization and others will follow keen to replicate the efficiencies and reap the commercial benefits. There is more progress to come too as pilotless drones replace some of the heavy machinery such as trucks, transporters and harvesters that can damage the soil by compacting it. Better maintained soil means faster growing and bigger canes, further improving productivity. 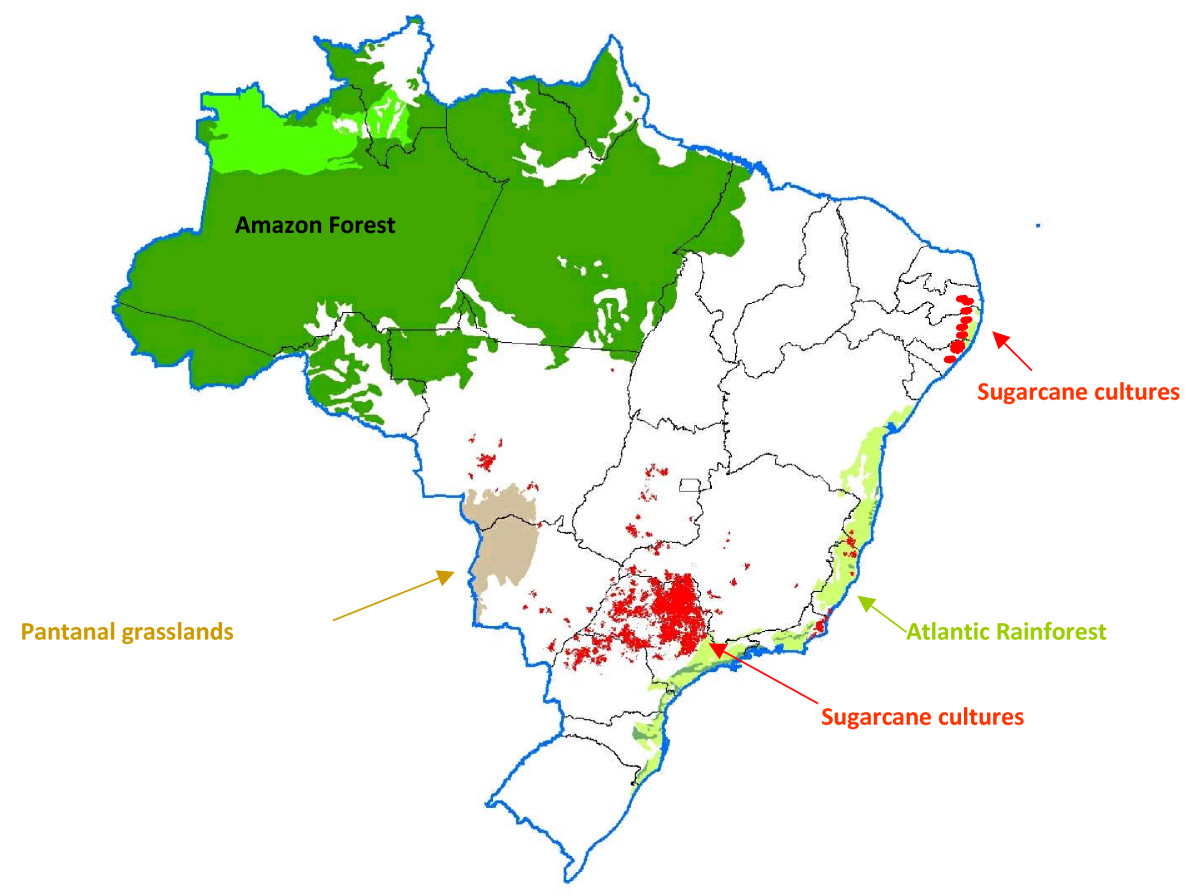 ​Brazil is the world's largest sugarcane producer, producing 630m tons in the 2016/17 season, up from 594m tons the year before. The amount of land given over to sugarcane production in Brazil is growing, last year reaching 9m hectares, up 69% since 2005.​ 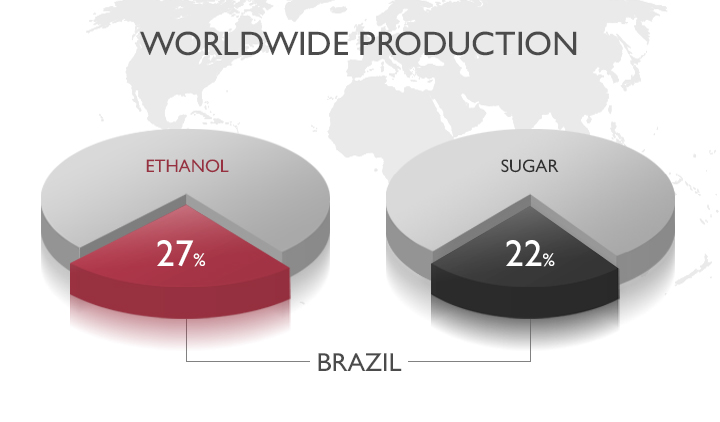 ​​​Brazil produces 27% of the world's ethanol and 22% of the world's sugar. The industry contributed $36bn to the Brazilian economy in 2012 directly and $86bn when suppliers and stakeholders who depend on the industry are included. It is growing at 3 per cent a year.​ ​​It employs some 1.1m people in Brazil.​​