Charles Darwin once said that, “in the long history of humankind (and animal kind, too) those who learned to collaborate and improvise most effectively have prevailed”, With the goal of becoming a carbon-neutral manufacturer, CNH Industrial is embracing this inventive spirit of collaboration by implementing new renewable energy practices at its 67 plants around the world in order to transform how power is used.

In its approach to climate change mitigation, the Company seeks to reduce energy consumption and limit the use of fossil fuels that are responsible for air pollution and, above all, CO2 emissions. Managing greenhouse gas emissions and optimizing energy consumption are prerequisites for the continuous improvement of the Company’s performance and the protection of the environments in which it operates.

As such, CNH Industrial has ambitious targets for reducing its carbon footprint in manufacturing processes. These include cutting CO2 emissions by 46 percent per hour of production compared to 2014, and to source 80 percent of its electricity from renewables, all within 2024. The aspirational goal is to become a carbon-neutral organization.​

Methane boilers in the Czech Republic

One of the most successful projects to date involves the installation, in 2019, of two separate methane boilers for the production of steam at the IVECO BUS plant in Vysoke Myto, Czech Republic, which reduced the plant’s energy consumption by 22 percent and cut its carbon emissions by 8,000 tons, 60 percent of the previous year. These methane boilers were integrated into the preexisting heating infrastructure and were set up to produce steam as well as superheated water should the need arise. They were positioned separately, each close to a respective point of use. Not only did this afford the plant more flexibility from a technical standpoint, it also led to greater energy efficiency in terms of fewer leaks within the distribution system, enhanced control over energy consumption and losses, and reduced environmental impact owing to lower CO2, SOX (sulfur oxides), and NOX emissions.

​When it comes to manufacturing industrial equipment, painting is one of the most energy intensive processes. In response to this, a system was set up at the IVECO commercial vehicles plant in Valladolid, Spain, to recover heat from the wastewater created during the painting process. The recovered heat was used to warm another area of the factory, meaning a totally new heating system was no longer required.

Another project implemented in Suzzara, Italy – and extended to other sites – involved the replacement of lighting fixtures in its assembly and bodywork area with smart LED technology integrated with a lighting management and control system featuring motion sensors, dimmers and timers.

A total of 850 400-watt lamps were replaced with new 50 115-watt Smart LED dimmable ceiling lamps, resulting in energy savings that were 30 percent greater than those achieved with simple LED technology.

How does it work? This smart lighting control system uses wireless circuit boards installed directly in the ceiling lamps and other related devices (sensors and light actuators). Each group of presence sensors is also linked to a brightness sensor that moderates light intensity directly via the smart management system, with no rewiring required. The software behind this smart management system enables an analysis of both real-time and historic energy consumption, sending alerts and notifications to authorized users to allow them to implement optimal energy management.

With this project alone, the Suzzara plant cut its electricity consumption by more than 5,000 gigajoules and saved 442 tons of CO2 emissions. It  also generated annual savings of some USD $215,000. These encouraging results have spurred the Company to examine how similar energy-saving measures could be applied at other sites.

As a result, in 2020, CNH Industrial launched a new pilot project focusing on the decarbonization of its production processes. The first phase involved the aforementioned commercial vehicles plant in Suzzara, Italy and the New Holland Agriculture plant in Zedelgem, Belgium. A second phase has been rolled out to a further 16 sites. The project will assess the measures required to achieve carbon-neutrality in each plant, along with the necessary investments. 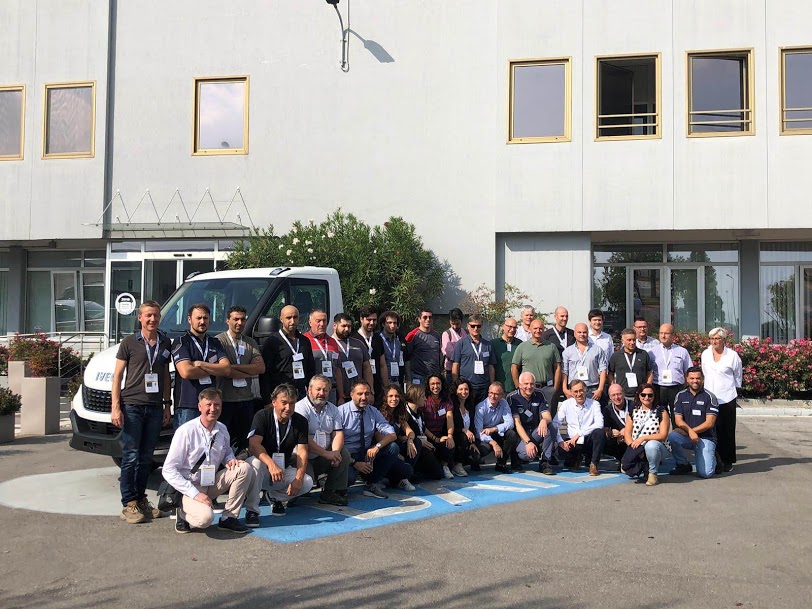 In 2020, a pilot project has been launched whose target is the decarbonization of the company production processes. 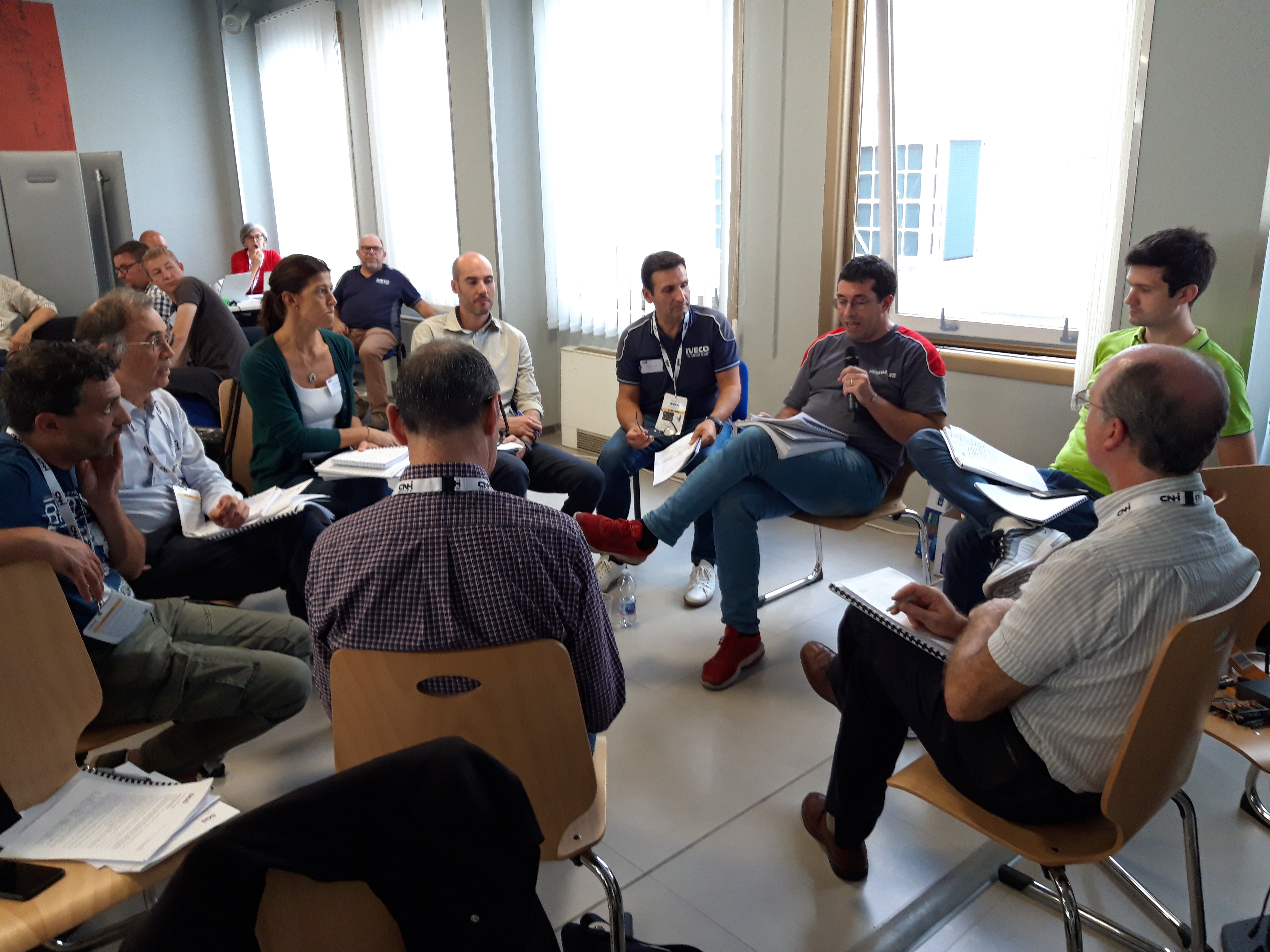 To carry on these activities, CNH Industrial has organized meetings and workshops with external energy experts. 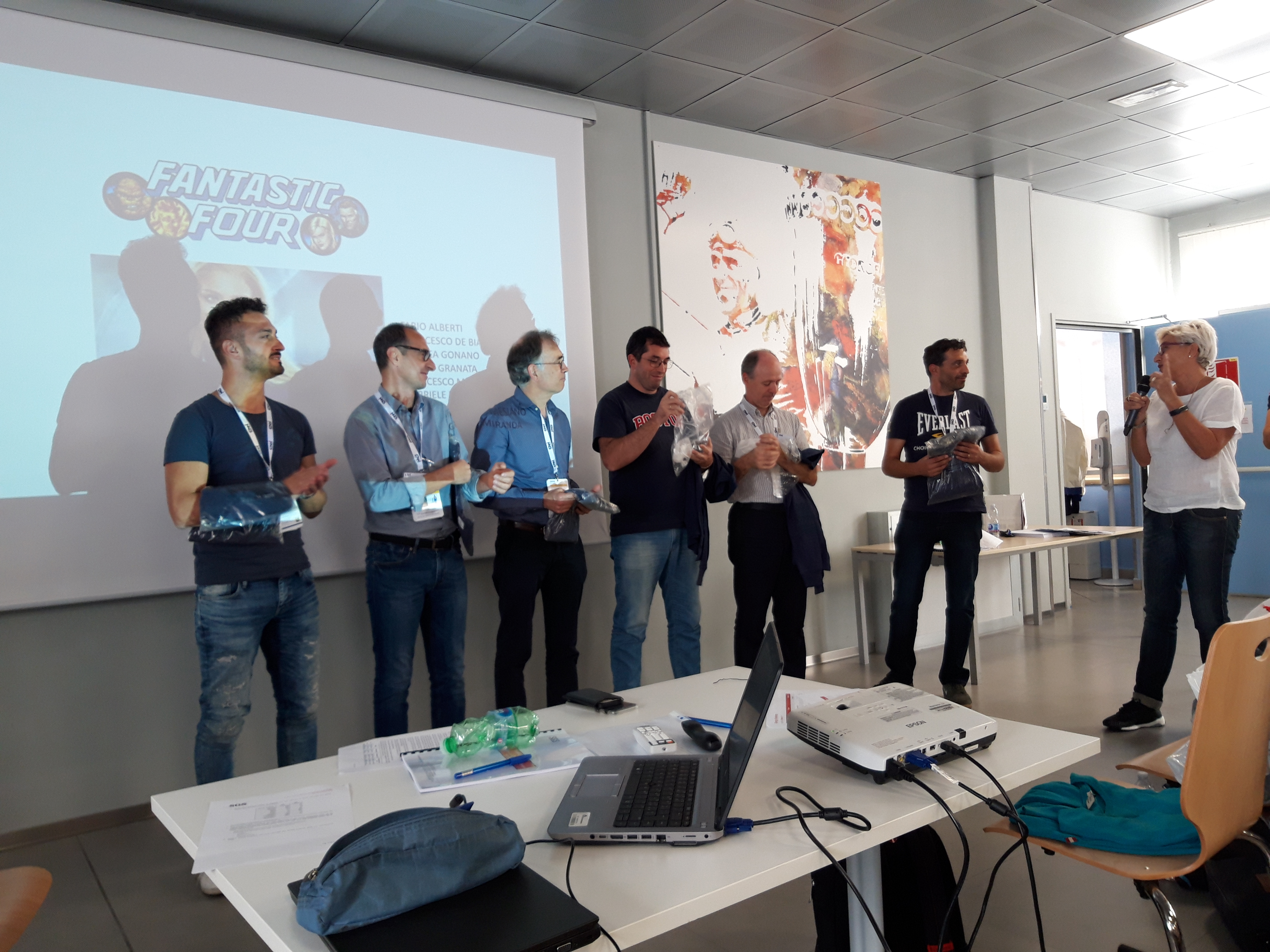 The goal of these meetings has always remained the same since the beginning: transform CNH Industrial into a carbon neutral company.

An efficient energy management system requires the effective monitoring of energy performance, by means of specific Energy Performance Indicators. These indicators allow
CNH Industrial to measure the benefits and effectiveness of its initiatives, plan improvement measures, and establish new and ever-more challenging targets.

“There is no one-size-fits-all solution,” says Giorgina Negro, Head of CNH Industrial’s Energy Department. “The Company is evaluating all the possible alternatives, including producing its own electricity from solar panels.”​

​A New Holland Agriculture manufacturing facility in the Canadian province of Saskatchewan is now home to more than 1,000 solar panels. The new installation in Saskatoon is a partnership between CNH Industrial and the SES Solar Co-op. It will yield 331 kilowatts of power for the Company’s New Holland assembly plant in the city. This is equal to about 8% of the facility’s annual electrical demand, reducing its carbon footprint by 289 tons per year or the equivalent of 38 residential homes. And this could be just the beginning. Saskatchewan is one of the sunniest provinces in Canada, with Saskatoon averaging 314 sunny days a year with 2,268 hours of sunshine. That means there is opportunity for future expansion of the solar array that could reduce the plant’s carbon footprint even further. The Saskatoon facility had previously already successfully reduced its electrical consumption by 25%, and this new solar installation will help supplement the plant’s ongoing power needs with a zero-carbon-emission energy source.

Picture : Saskatoon’s plant is now home to more than 1,000 solar panels, which will yield 331 kilowatts of power for the Company’s New Holland assembly plant in the city - this is equal to about 8% of the facility’s annual electrical demand. 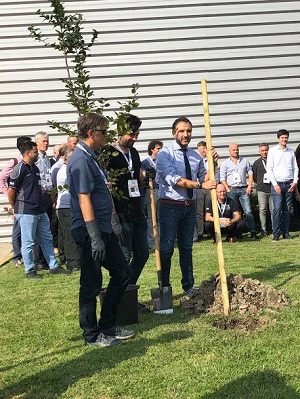 In the spirit of collaboration as embraced by Darwin, the Energy Department held a workshop at the Suzzara plant at the end of 2019, which saw CNH Industrial’s energy specialists from around the world and external energy experts, including renowned scholars on the subject matter, engaged in constructive discussions. CNH Industrial’s Energy Department shared their existing and planned energy efficiency projects, which were discussed and benchmarked against best practices from other organizations.

The workshop also focused on a collaboration project started with the Politecnico di Milano university, aimed at analyzing the measurement systems and energy-related key performance indicators currently in use at CNH Industrial’s plants. The study focused on 25 sites and on the painting processes at 21 plants, previously cited as the most energy consuming aspect of the production process.

In a symbolic gesture in the fight against climate change, the group took part in a tree planting exercise to offset the CO2 emissions generated by their travelling to the workshop. “Bringing the group together demonstrated that our Company is fully committed to finding innovative and efficient solutions to mitigate the impact we have on our planet,” says Giorgina Negro.

The projects described in this article range from the deployment of ingenious, energy saving devices in individual plants to global studies involving the Company’s manufacturing plants across the world. To become a zero-carbon organization is one of CNH Industrial’s sustainability priorities. The innovative and inventive projects detailed in this article are testament to the Company’s ongoing commitment to reducing CO2 emissions generated by manufacturing processes.​

Picture : During the workshop in Suzzara, Italy, with CNH Industrial’s energy specialists from around the world and external energy experts, the group took part in a tree planting exercise to offset the CO2 emissions generated by their travelling to the workshop.