A PROBLEM SOLVED AT A RATE OF KNOTS

Having celebrated its 125th anniversary in 2020, the New Holland Agriculture brand continues to pioneer excellence in the field of agricultural equipment. The array of new products and innovations it has brought to the market over time consolidates the brand’s place in the history of farming. CNH Industrial’s innovation and engineering departments have always supported its brands in addressing issues around sustainability and one of their latest inventions continues in that great tradition. It comes in the form of an ingenious new knotter system, the Loop Master™ Knotter, which enables users to save time, resources and money.

Those without a background in agricultural engineering, might be asking at this point what exactly does a knotter do? A knotter secures the twine around a bale. If the knot is weak, the bale may fall apart when it leaves the baler or when handled or transported. If the knot comes undone or breaks, the bale is effectively useless, amounting to wasted time, twine and crop. So, a robust knot is worth its weight in gold in terms of productivity.​

“We have always been pioneers in knot technology,” says Felix Ramuenke, Global Product Manager for Large Square Balers at New Holland Agriculture. “We introduced the first double knot in 1987 and in 2004 we introduced six knots per baler. We wanted to take the next leap in terms of efficiency, which meant upping bale density, but in order to achieve that, we needed a more robust, stronger knot. With Loop Master, we introduced another first in knotting technology, one which is a big evolution in the baler industry.”

The development of the Loop Master™ system took some five years from concept to manufacture. The dedicated project team used a 3D printer to make the prototype and first tested it in the plant before bringing it out to the field for testing over two seasons in all crops, including straw, hay, corn stover and alfalfa.

Early on, Loop Master proved to be more effective for operations and better for the environment, so much so that New Holland brought forward its launch and has incorporated it into all its entire large square baler range.​ 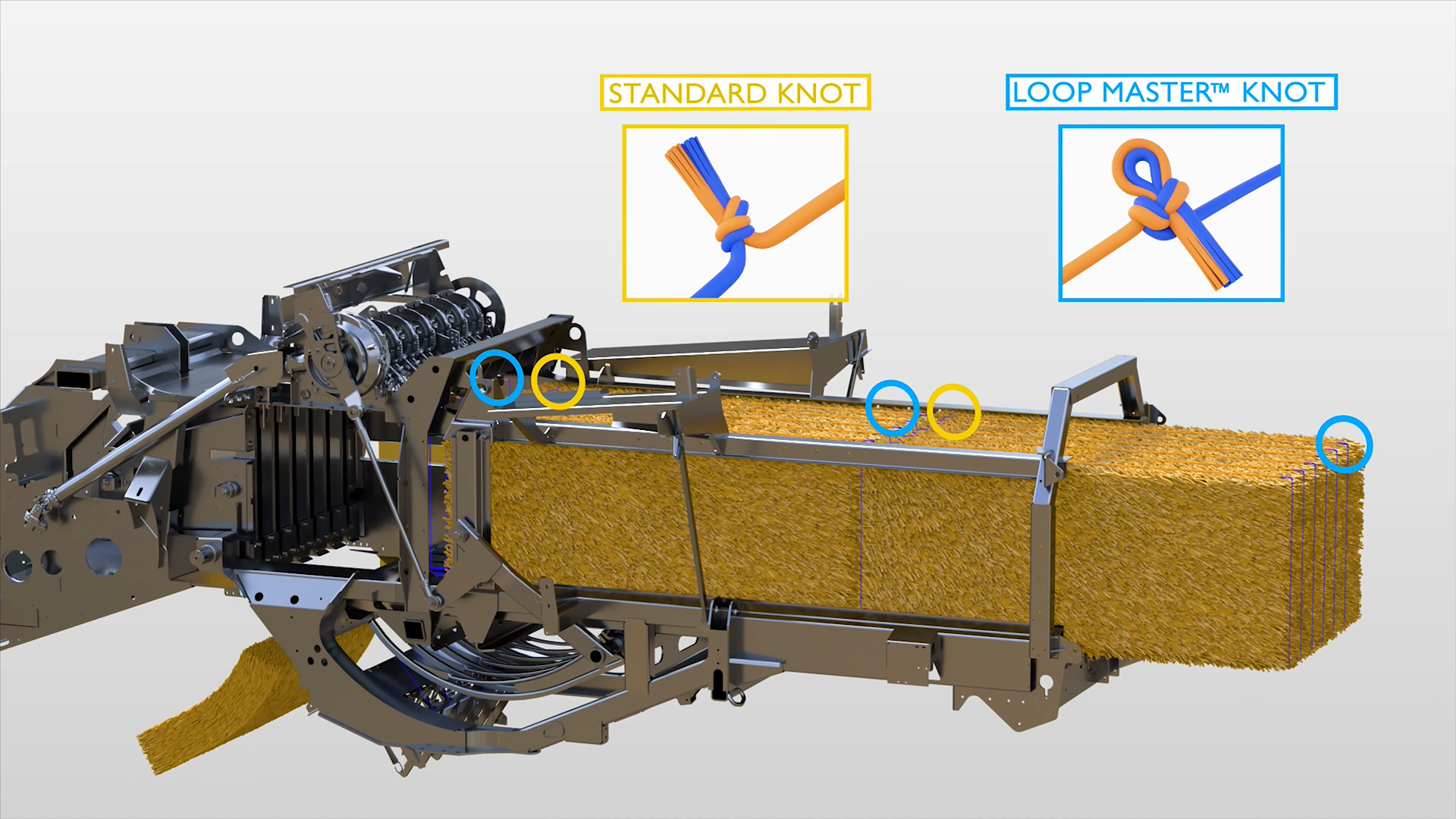 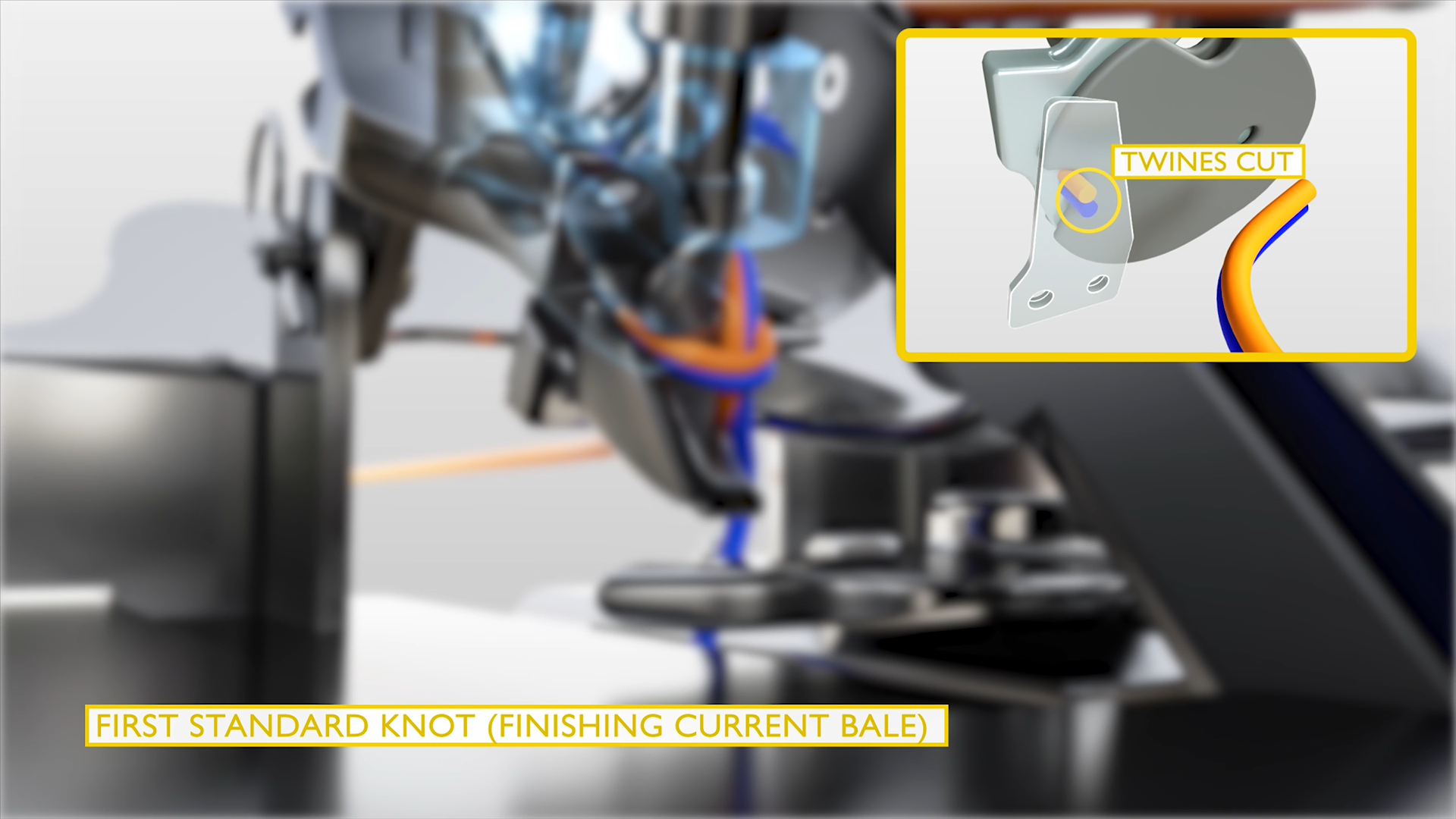 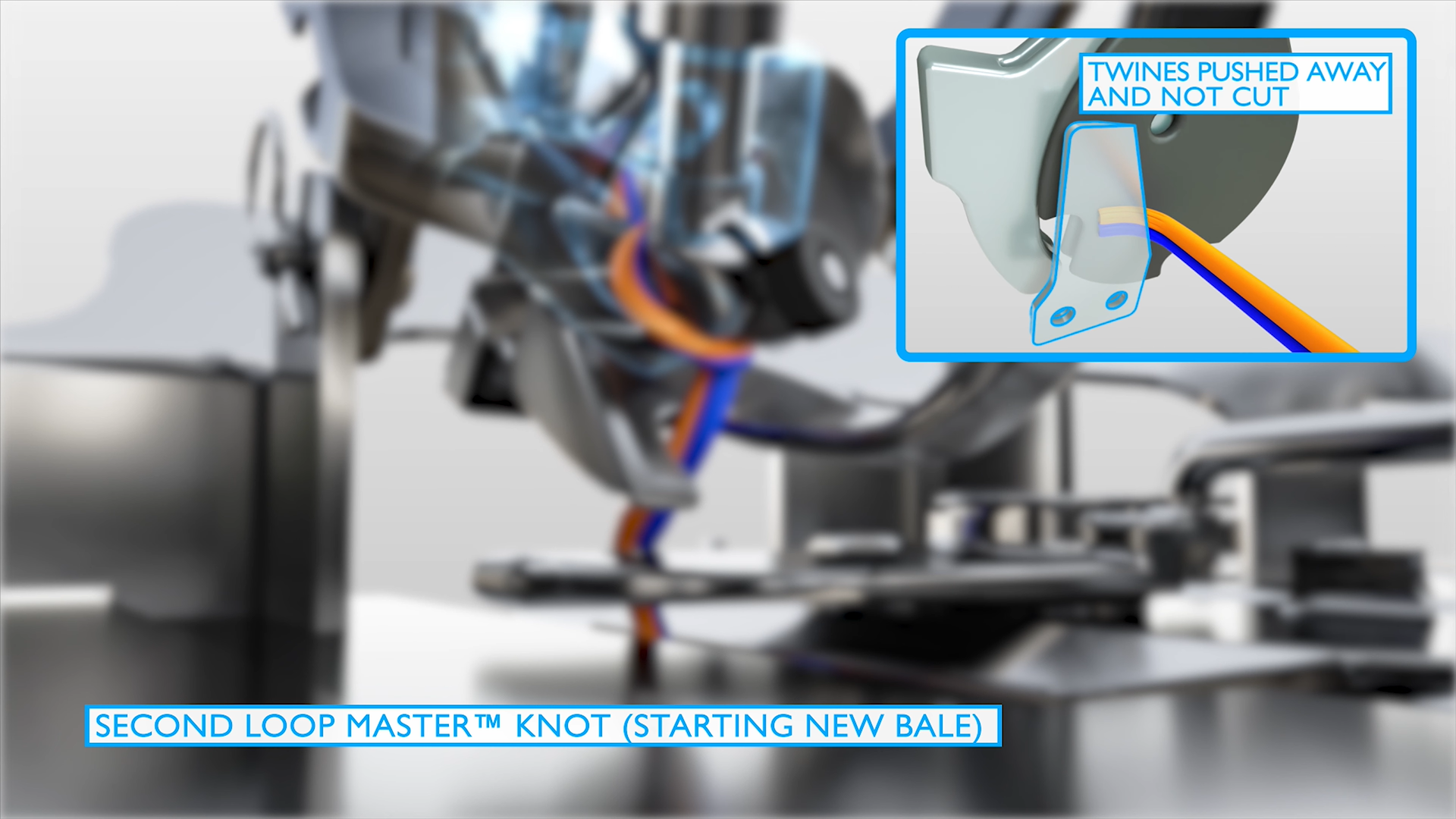 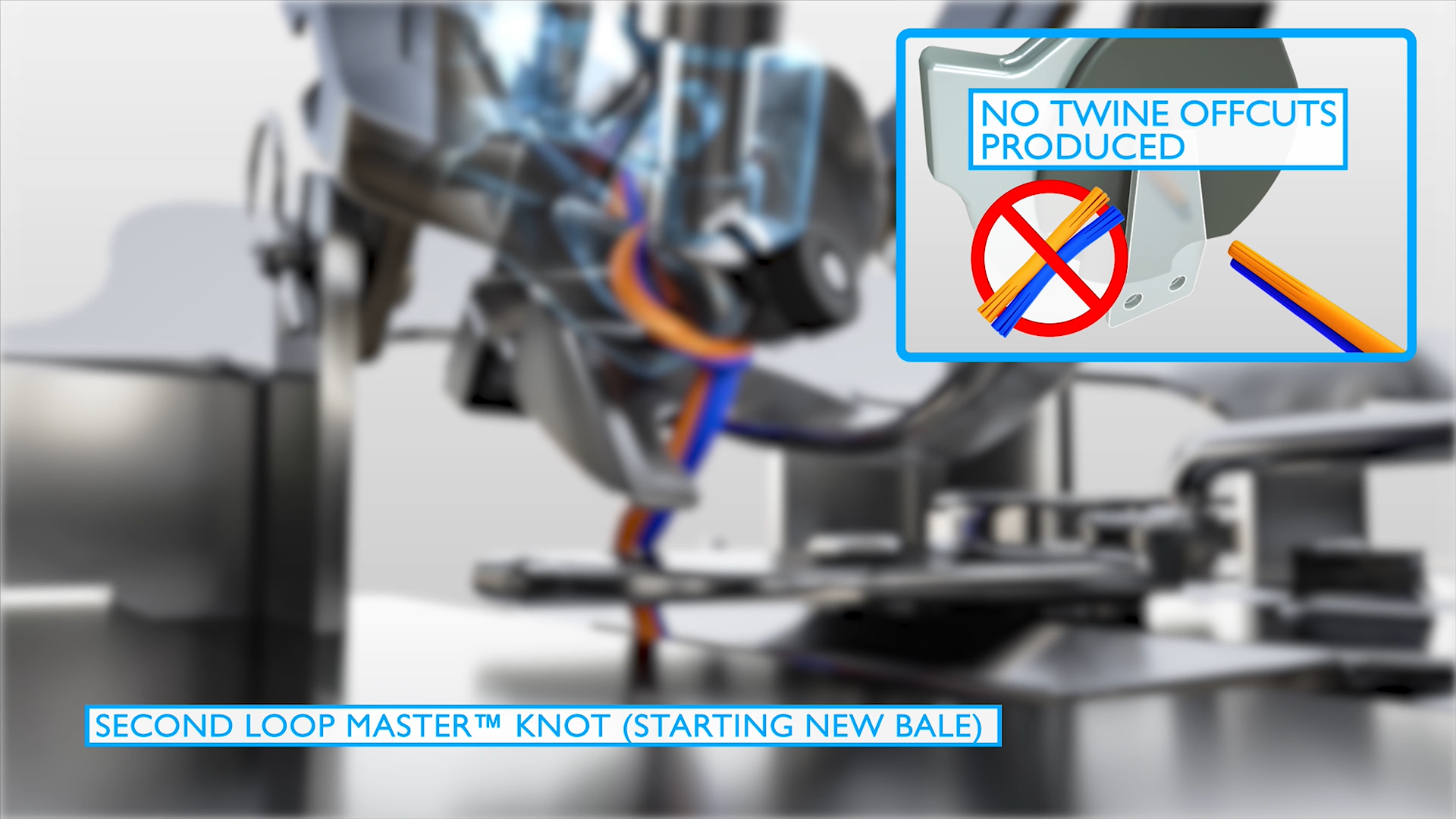 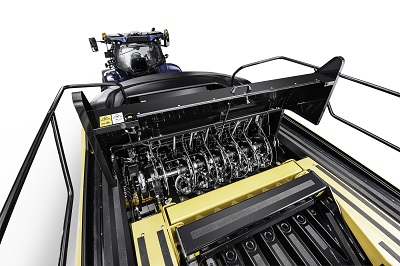 “We know farmers are looking for density, but that they also want to protect the environment. With this technology they get both,” adds Ramuenke. “Every knotter on a traditional large square baler leaves two 5-centimeter (2-inch) long off-cuts behind. Most bales have six double knotters, so for 12 off-cuts, you have 60 centimeters (24 inches) per bale.The average baler makes 10,000 bales a season, meaning 6 kilometers (3.7 miles) of twine in off-cuts is dispersed uncontrollably. That can end up in the bale, which may be eaten by livestock, or left in the soil or enter waterways. In contrast, the loop-knotting process developed for the Loop Master system leaves nothing behind. We have eliminated waste!”

The BigBaler High Density range also offers an additional advantage: fuel savings. As the bales are denser, more crop can be packed into each bale, which means less bales per field, thus requiring fewer journeys to transport them.

“With Loop Master, once the first standard knot is tied, a second knot – the loop knot – is created for additional bale security,” he explains. “Not only does this loop knot provide increased strength of up to 26 percent, resulting in greater baling efficiency and productivity, it enables well-tied bales of standard density to be made using lower grade twine, or higher densities to be achieved with standard twine.

An award-winning and cost-effective endeavor

Ramuenke estimates that farmers can save €1,100 (USD $1,240) a year in twine alone. “Over the baler’s 10-year life span that’s €11,000 (USD $12,400). And when you look at the bigger picture, on a yearly production basis this innovative technology has the potential to reduce plastic twine use by about 500 tons in total thanks to the aforementioned higher strength that allows the farmer to use lower grade twine,” he adds.

Loop Master has been recognized as an important step forward in sustainable farming, helping the BigBaler High Density range to seven prestigious industry awards. At Agritechnica 2019 in Germany (the world’s leading agricultural trade show), the range won “Machine of the Year 2020” as well as a silver innovation medal for the unique driveline concept. It also won the Good Design Award 2020 and a 2021 AE50 Award from the American Society of Agricultural and Biological Engineers. The range also received medals at Agribex, an international agricultural fair held in Belgium and at the FIMA (International Agricultural Machinery Fair) show in Spain.

Such awards underline New Holland’s focus on solutions for technology-oriented professional producers. “We are honored by these awards, but at the end of the day it’s the farmers’ opinion that matters,” says Ramuenke. “And they are making their opinions heard, in the form of a robust order book. This technology has seen us acquire new customers and receive a high volume of orders from existing customers who are bringing forward their orders to leverage this technology. Demand has exceeded expectations.”

Find out more on the Innovation section to discover how we are innovating across capital goods sectors.​